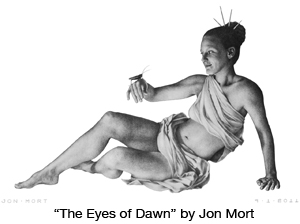 Past Exhibition 2012: History and Other Dreams

Past Exhibition 2012: History and Other Dreams 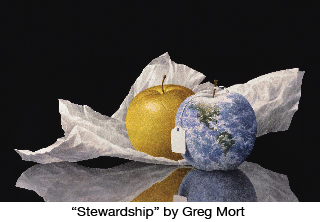 Greg Mort | American artist Greg Mort is widely recognized as a leading influence in contemporary art.  Mort’s unmistakably modern paintings have the classic feel of the Dutch Masters but are juxtaposed with startlingly modern designs. His paintings are included in many prominent collections, such as the Smithsonian Air and Space Museum, SmithsonianAmerican Art Museum, Corcoran Gallery of Art, and many more.

Mort resides in Ashton, Maryland, a historic Quaker village in the shadow of the nation’s capital where noted powerbrokers have gained an appreciation of Mort’s art. Today he counts among his collectors former President Bill Clinton, Secretary Hillary Clinton, former Vice President Al Gore, the Bush family, American and foreign diplomats as well as scholars and scientists from around the globe. For more about Greg Mort, see www.gregmort.com.

Jon Mort | Jon Mort was born in Montgomery County MD. After receiving a BA in Studio Art from Franklin & Marshall College, he studied at the Rhode Island School of Design. A self-described ‘storyteller’, Mort cites influences from architecture, archaeology andastronomy. His graphite renderings embrace the narrative potential of portraiture, mythological inspirations, and still-life compositions.Mort has exhibited in galleries and museums from Washington DC to the Maine coast, including an annual open studio. His work can be found in private collections around the country. As stated by Mort, "My influences are wide-ranging, from architecture to archaeology to astronomy. My graphite depictions are at once allegiant to the craft of physiological exactitude a nd immersed in the breadth of fantastical narrative. I believe in the potential of work that blends time-honored techniques with fresh compositions."  Find Jon Mort online at www.jonmort.com, and on Facebook. Watch Jon Mort's Portraits,a short video featuring works by this talented artist at YouTube.